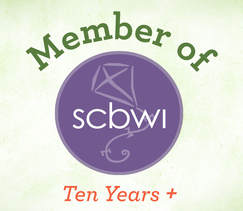 How long does it take you to write a book?

Each book is different! For Fairy Keeper, it took longer than you might think, because I stopped in the middle and wrote another manuscript that I was very inspired about.  So, if you took out the time that I spent on that other book, it probably took me about a year to draft the book, but I spent at least another year revising it.  I made a lot of changes to the book, thanks to input from my editor! Other books have taken me a year or less, but then others have taken two because I rewrote them so completely several times.  Paris on Repeat took two years before I was ready to start sending it to agents.

How do you get the idea for your books?

I get ideas from all around me. For Fairy Keeper, I was thinking a lot about Colony Collapse Disorder, the situation where many bees just disappear over the winter, abandoning their hives. Then I was playing with that idea in my head and wondered what if fairies were like bees and all the fairies suddenly disappeared?  And that little kernel of a question started the book.  The very first scene in my head was of Sierra finding all the little fairies dead. I ask a lot of "What if?" For Paris on Repeat, my youngest daughter and I were talking about the way the love locks are used all over the place there, and she suggested they could be magical. The idea of the time loop was born right at that moment.

How many books have you written?

I have seven published books, and a story in a Greek myth retelling anthology.

Fairy Keeper was my first published book, but my fifth completed manuscript.  Believe me, you don't want to see the earliest ones.  The MG book I wrote in the middle of Fairy Keeper is called The Worse Villain Ever, but it's not published. Yet. I hope one day it will be. :) My second book came out in 2016, the next in the World of Aluvia series, called Mer-Charmer.  Book Three, Dragon Redeemer, released May 23, 2017.  That company ended up going under, so my rights reverted to me and I published second editions with Snowy Wings Publishing in January 2019. My next book was called Shortcuts, which is a light science fiction upper MG/lower YA that is quite different than the World of Aluvia series.  I also have a light-hearted upper middle grade story set in modern day Paris, with a bit of magic thrown in called Paris on Repeat that released July 2020. That book is the first in a series called Wish & Wander, and book 2 came out in 2021, called Rome Reframed.  Book 2 of the Secret Psychic series also came out in 2021, along with the anthology Sing: Goddess! with Snowy Wings Press.

Can you help me write my book?

I love helping young people with their writing, but unfortunately, I don't have as much time as I want.  If I come do a writing workshop at your school, I will get to work with you, but I'm afraid I can't do online pen-pal-style help.  You know who would be a great resource?  Your teacher, your librarian or a family member!  Sometimes you could even look into your local chapter of SCBWI.  That's the Society of Children Book Writers and Illustrators, of which I am a member.  Almost every city has a group of writers who are happy to work with others and help them get better.  They usually welcome young writers, and I have found being a part of a writing group to be very helpful.

Will you come to my school/library/bookstore?

Currently, I'm not doing in-person visits, but I'm happy to do a virtual visit. I have more information on my page here.

What are your favorite books?

Oh, goodness!  There are so many!  A few of my favorite middle grade books include The Night Gardener, by Jonathan Auxier,  The Giver, by the ever-wonderful Lois Lowry, When You Reach Me by Rebecca Stead, Artemis Fowl by Eoin Colfer, Feathers by Jacqeline  Woodson, and Where the Mountain Meets the Moon by Grace Lin.

Favorite YA includes anything by Maggie Stiefvater, Daughter of Smoke and Bone by Laini Taylor,  Feed by M.T. Anderson, and Dante and Aristotle Discover the Secrets of the Universe by Benjamin Alire Saenz.

How do you write?  What is your process?

Well, I wish I could say I write every day for a set time.  It seems like many of the authors I admire do that.  But I have two busy daughters and a husband and lots of things going on.  So I tend to write in spurts.  So I might write long hours for several days in a row, not write for a few days, and then write a bunch more. It goes rather in cycles.  I have a hard time writing when I'm editing and doing other tasks, too.  I like my mind to be fully filled with the world I'm creating.

What is your favorite place you've visited?

We have been fortunate enough to travel to many places, but my favorite trip has been our visit to Scotland.  I loved Edinburgh in a way I have not felt anywhere else!  I've included a few photos below.

You can read more about my writing in interviews and videos linked here. I also have linked articles and guest posts I've written.